Following a high-fat, low-carb diet means that sometimes you have to get a little creative with your food substitutions.

Although there are plenty of health benefits associated with beans, staying in ketosis means limiting your bean consumption… or avoiding them altogether. Yes, even if you’re keeping net carbs in mind.

If you’re loving the benefits of ketosis but you’re missing beans, this is the article for you. Don’t skip out on tacos, Indian food, and Asian food just because you’re low-carb. Instead, try these keto-friendly ways to mimic the texture and even the taste of some of your favorite bean dishes.

As you may have read in this article, beans aren’t exactly keto-friendly.

And while you may think of beans as a vegetable, they’re actually part of a separate, but similar group of plants called legumes. A legume is either a plant or the fruit or seed of a plant that comes from the Fabaceae family.

The main difference between beans and vegetables is the protein content, with beans being a rich source of plant-based amino acids.

Beans are specifically a summer crop. After being planted, they take about 55 to 60 days to mature. Inside the main bean pod, the beans turn from green to the mature color you see in the store.

You’ll find beans in different cuisines around the world. Culturally, they’ve been used as a source of protein for many civilizations for thousands of years.

How Many Carbs are In Beans?

Beans are packed with vitamins and minerals. For instance, one cup of black beans contains:

However, when you take a look at their macronutrient profile, a different picture emerges[*]:

For most people following a keto diet, this is simply too many carbs.

And black beans aren’t alone when it comes to high-carb legumes. In fact, most beans contain a similar carbohydrate content.

Moral of the story? Beans are likely going to fall into your “avoid” category if you want to stay in ketosis. That is, unless you’re doing a targeted keto diet (TKD) or cyclical keto diet (CKD).

The good news is that nature (plus a little ingenuity), can provide you with some fantastic bean alternatives.

Eating keto is not about deprivation. In fact, part of sustaining a keto diet for the long-term is finding joy in the meals your eating. This crucial aspect of the ketogenic diet cannot, and should not, be overlooked.

With that in mind, should you have a craving for beans, check out these low-carb and keto-friendly bean substitutions.

If you’re going after the look and feel of beans, peas are about as close as you can get. They have a similar consistency, and although smaller than most beans, they also have a similar shape.

The upside to peas — they contain about half the carbs per serving as your typical bean. With 10 grams of carbs and 4 grams of fiber, you end up with 6 grams of net carbs per half cup of peas.

Compared to black beans, which contain about 13 grams of net carbs, peas take the cake for low-carb legumes. Peas are also an excellent source of vitamin A and vitamin K and are rich in protein[*].

You can easily work peas into your chili, salads, or curry as a bean replacement. However, due to their distinct flavor, peas may not go well with some cuisines. In this case, you may need to do a little trial and error.

And remember, just because they don’t have as many carbs as beans, peas are still higher in carbs than most other low-carb veggies. So, keep your intake in check! 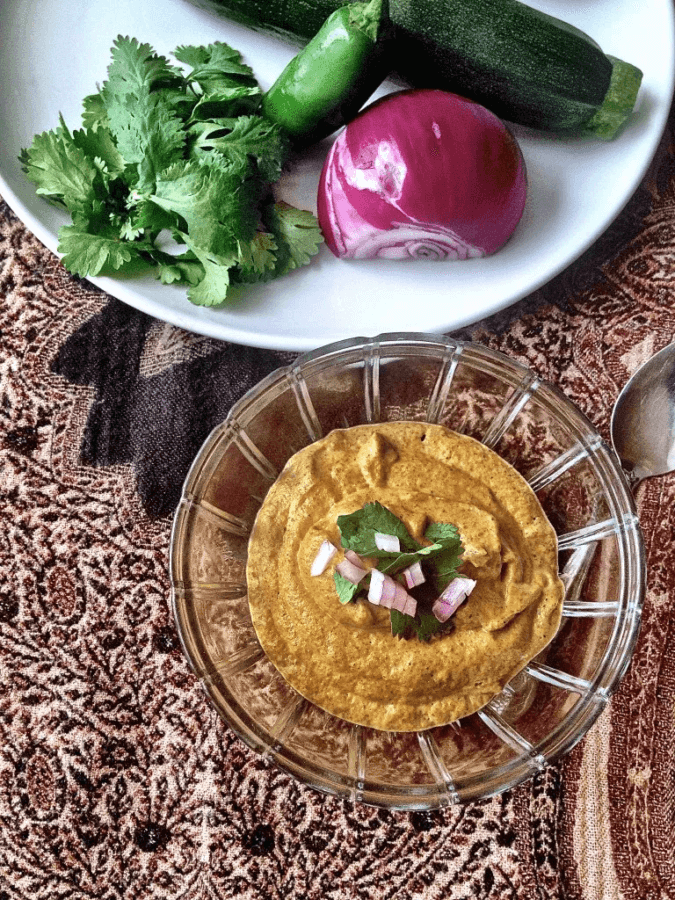 You can try this recipe by Keto Adapted, which uses eggplant, bacon, and a variety of seasonings to recreate the taste and texture of refried beans — but with a fraction of the carbs. Top with cheese, sour cream, and chopped green onion for the full effect.

And with each serving clocking in at just 93 calories, 5.7 grams of protein, and 3.2 net carbs, you’re sure to stay in ketosis.

There are plenty of other recipes for keto refried beans. Just do a quick search and find the recipe that’s right for you. 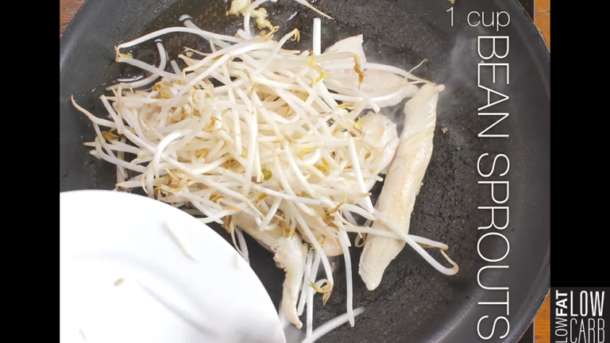 If you’re looking for a low-carb substitute that resembles the texture of cooked beans, mushrooms are a great option. While mushrooms give off a natural meaty, umami taste, they also tend to absorb many flavors.

The enoki mushroom resembles bean sprouts with its funky shape. Like beans, enoki mushrooms are available fresh and canned while being the perfect addition to soups and salads.

One cup of these mushrooms contains a total of 24 calories, less than 1 gram of fat, 5 grams of carbs, 3 grams of net carbs, and almost 2 grams of protein[*].

With only 3 grams of net carbs, these mushrooms are guaranteed to fit perfectly within the standards of your low-carb or ketogenic diet. However, that’s not the only benefit of this low-carb bean substitute.

Enoki mushrooms also provide a number of vitamins and minerals including iron, magnesium, phosphorus, potassium, vitamin B1 (thiamin), vitamin B2 (riboflavin), vitamin B3 (niacin), vitamin B5 (pantothenic acid) and vitamin B9 (folate)[*].

The Takeaway: Avoid Beans to Stay in Ketosis

While certain beans aren’t necessarily bad for you, they may be too high in carbs if you’re following a low-carb diet. With these satiating low-carb alternatives, there’s no limit to the variety of different bean dishes you can make.

Still craving beans? Check out this article, which may help you navigate a small serving or two of certain varieties.

2 thoughts on “Low Carb Bean Substitutes: Fulfilling Keto Alternatives to One of Your Favorite Ingredients”