If you’re on a ketogenic diet, you’ve probably learned that your main goal is to get into ketosis — a metabolic state where your body’s burning fatty acids (fat) for fuel instead of carbohydrates.

You get into ketosis by cutting way back on your carb intake. In the absence of carbs, your body turns to fat as its main energy source.

Being in ketosis comes with a wide variety of benefits, from easier weight loss to more energy.

But how do you know whether you’re in ketosis?

After you’ve been on a keto diet for a while, you’ll be able to feel when you’re in ketosis. But if you’re just starting out, you may want to test ketone levels — markers that tell you how deep into ketosis you are.

Ketone testing is optional, and plenty of people follow a keto diet without ever testing their ketone levels. However, if you’re new to keto and you want to be certain that you’re getting into ketosis (or you’re a keto veteran and you just like data), you have a few different options for ketone testing.

This article covers the three main ways you can test your ketone levels: urine testing, blood testing, and breath testing.

How Does Ketosis Work? 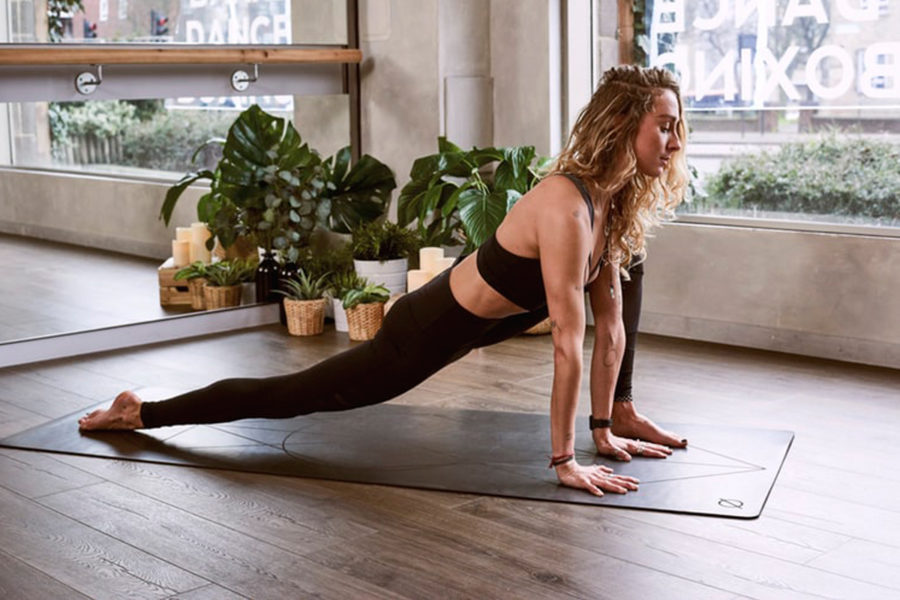 When you’re on a standard high-carb diet, your body uses glucose (sugar) as its main fuel source. You make glucose from carbs and use it to power your cells.

But if you eat a very low-carbohydrate diet that restricts your carb intake to under about 50 grams of carbs a day, your body won’t have enough glucose to power your cells. Instead, it will switch over to ketosis — burning mostly fat for fuel.

In ketosis, your liver takes fat — either fat you eat or stored body fat — and breaks it down into ketone bodies — little bundles of energy that go through your bloodstream, carrying fuel to your cells.

There are three types of ketone bodies: acetone, acetoacetate, and beta-hydroxybutyrate (BHB). It’s by measuring these ketone bodies that you can test how deep into ketosis you are.

Ketone bodies can be measured through your breath, urine, or blood. You can buy most of these tests at your local pharmacy, making it convenient and easy to measure your ketone levels at home.

Use this guide to learn about different ways to test your ketone levels, and how you can use these tests to help reach your goals. 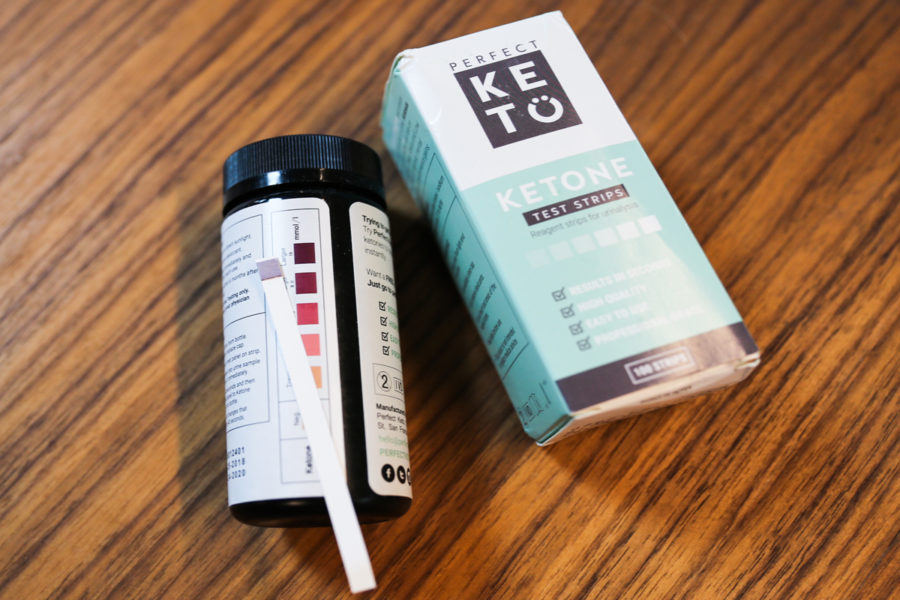 Basically, you pee on little strips of paper that change color in the presence of ketones.

It’s worth noting that ketone strip test results aren’t the most accurate. They’ll give you a general idea of whether you have low levels or high levels of ketones in your system, but they don’t provide an exact measurement.

Urine strips also become less accurate the longer you’re in ketosis.  If you’ve been on a ketogenic diet long-term (say, for a few months), your body will become more efficient at using ketones, and you’ll excrete fewer of them in your urine. As a result, your ketone levels may not register accurately on a urine test strip, even if you are clearly in ketosis.

All that said, ketone test strips are a solid choice during the beginning phases of a keto diet. Key advantages of using a urine test strip include:

How to Test Ketone Levels With a Blood Meter

Blood ketone testing is the most accurate way to measure your ketone levels.

When you’re in ketosis, you have a lot of ketones traveling through your bloodstream, on their way to provide energy to cells all across your body. You can measure them with a ketone blood test to get a very accurate look at how deep into ketosis you are.

In order to test your blood ketone levels, you need a ketone blood meter and blood test strips. The meter is a small plastic device that fits in the palm of your hand; you can find one at most drug stores, or you can order the device online.

This testing method is similar to how people with diabetes test their blood glucose levels for high blood sugar. You prick your finger, squeeze a drop of blood out, tap it on a testing strip, and put it in a ketone blood meter. The blood meter then detects your blood ketone levels.

Measuring ketone levels in your bloodstream provides the most reliable test results.

That said, if the idea of sticking yourself with a needle makes you queasy, this might not be the best ketone test for you. Also, the strips run about $1-2 each, which can add up, depending on how often you want to test your ketone levels.

How to Use a Ketone Meter

To accurately gauge your level of ketosis, purchase a high-quality blood ketone meter for measuring blood ketone levels, such as the Precision Xtra meter.

Before you draw blood, use an alcohol swab to cleanse your finger. Use a fresh lancet every time and the included spring-loaded mechanism to draw a drop of blood. Place your blood onto the test strip and wait 10 seconds for a reading.

Ketone testing meters can often also test your blood glucose levels, which are measured in mg/dl.

If your ketone meter doubles as a blood glucose meter, you can also track your blood sugar levels (using separate blood glucose strips) to get a more comprehensive view of your metabolic health, and to make sure you don’t have high blood glucose.

Low, stable blood glucose is a good additional sign that you’re in ketosis.

How to Measure Ketosis With Breath Testing

Breath testing is one of the newest ways to measure your ketone levels.

When you’re in ketosis, you release a ketone body called acetone through your breath. As a general rule, the more acetone is in your breath, the deeper you are into ketosis. You can measure breath acetone using breath monitor, such as a Ketonix meter.

To read your ketone levels through breath testing, plug the Ketonix meter into a USB port or into the included battery pack. Once the unit is warmed up, blow into it until it starts flashing. This indicates that it’s measuring your breath acetone levels. Typically, a reading of between 40 and 80 indicates you are in ketosis.

A ketone breath meter is more expensive than other ketone testing otpions, but it’s a one-time investment, and you don’t have to keep buying test strips of any kind — you can measure your ketones as often as you’d like at no extra cost.

Breath testing is slightly less accurate than blood testing, but it can be the best option if you don’t want to deal with bodily fluids or keep buying testing strips.

One additional note: if you’re drinking alcohol on a keto diet, your breath ketone levels will be inaccurate until you break down the alcohol and it’s out of your system. 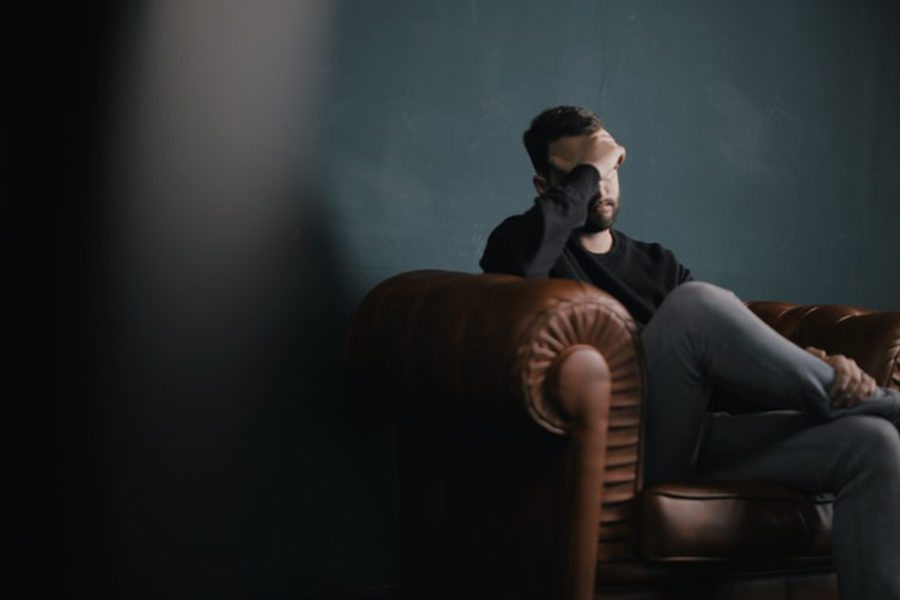 If you don’t want to deal with ketone testing, you can also go by how you feel to figure out whether you’re in ketosis. While this method isn’t accurate enough to determine your specific ketone levels, it can be a good casual gauge.

There are several signs that you’re in ketosis.

Your brain loves using ketones for energy, and many people who follow a keto diet see a marked increase in mental performance[*].

When you’re in a fat-burning state on a ketogenic diet, you may see an increase in mental clarity and mental energy.

Ketones are a great fuel source, and they also have a few additional benefits. Ketones block your production of ghrelin, your body’s main hunger hormone. As a result, you’ll have significant hunger suppression and decreased appetite when you’re in ketosis[*].

If you experience hunger as a sort of background annoyance instead of a pressing, immediate feeling, or if you find you can go hours without eating and feel fine, it’s a good sign that you’re in ketosis.

Ketones are an efficient fuel source for your mitochondria, the powerhouses that run your cells[*]. A sudden increase in stable, all-day energy is a sign of ketosis.

On a keto diet, you cut way back on carbs and rely mostly on fat and protein intake.

When you stop eating carbs, your body begins burning through stored carbohydrates, which takes about a week. Once your carb stores are depleted, your body switches over to ketosis.

Carbohydrate storage requires a lot of water, and most people lose several pounds of water weight as they burn through their carb stores in the first week of keto.

If you see sudden weight loss, it’s a good sign that you’re transitioning into keto. Make sure you’re drinking plenty of water so you don’t get dehydrated, especially during your first couple weeks on a keto diet.

And while the first few pounds you lose are probably water weight, fat loss is right around the corner.

Use Ketone Level Testing For Your Ketogenic Diet

The goal of the keto diet is to enter a state of ketosis, where your body burns fat, rather than glucose, for fuel.

While you can guess whether or not you’re in ketosis by paying attention to your body reacts, a lot of keto dieters choose to test their ketone levels to make sure they’re doing their

You can test your ketone levels through blood, breath, or urine testing. Urine testing through the use of ketosis strips is the most convenient method, but blood testing will deliver the most accurate results.

Now that you know how to properly assess your ketone levels and stay in ketosis, shop for products like exogenous ketones that will set you up for success, and browse helpful resources and keto diet guides that will help you get the most out of this healthy lifestyle.