19 Published Articles
Sheila Amir has a Bachelor’s Degree in Nutrition and Dietetics and has worked as a health and nutrition writer for over a decade. Sheila’s experience as a nutritionist began with the Wyoming Women, Infant and Children (WIC) program and then as a private practice nutritionist in Wyoming and followed by Arizona. After getting her degree, Sheila practiced nutrition for 8 years before transitioning exclusively to writing. Tired of the mass of misinformation drowning out facts and evidence, she committed herself to creating resources that help readers improve their health.

Inflammation is linked to diabetes, obesity, arthritis & cancer - and it's caused by common foods. Here's how to spot & avoid these dangerous dishes. 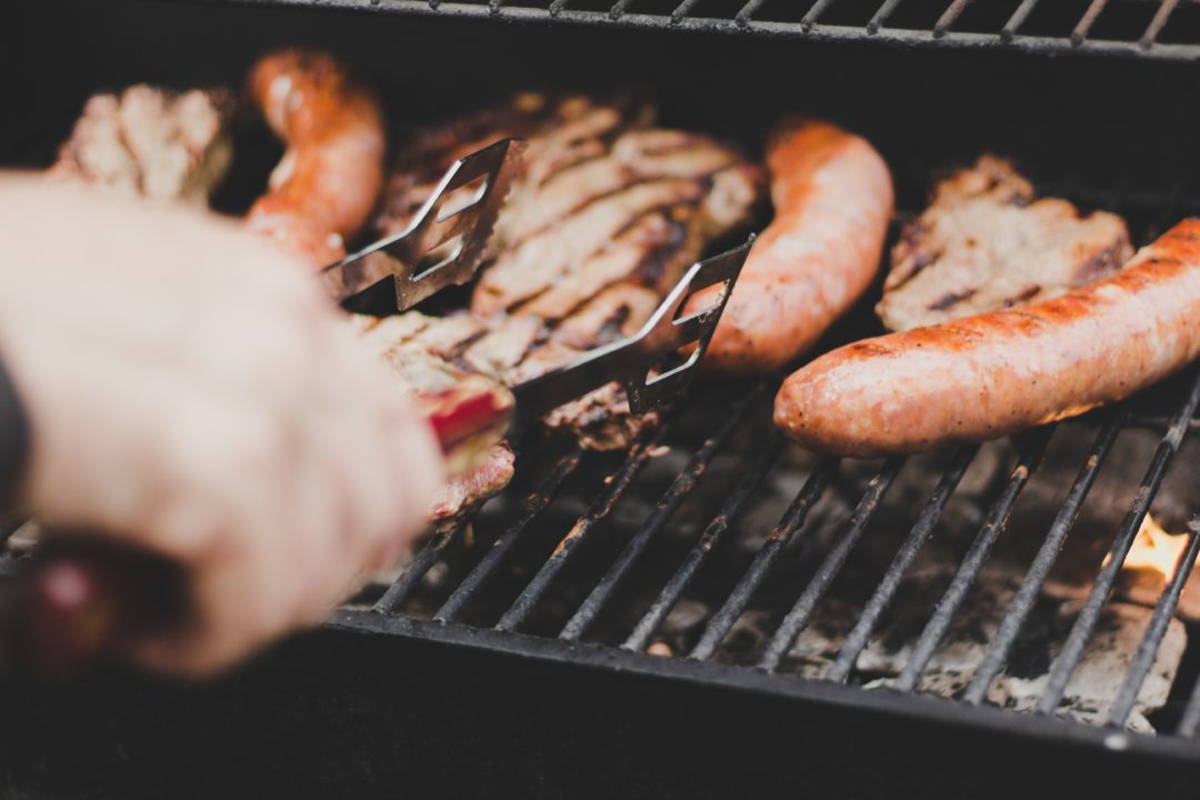 Chronic, low-grade inflammation is the culprit behind nearly every known disease. Did you know your diet is the number one factor that determines your inflammation levels — for better or worse?

Hopefully, you’re not waiting in a fast food line reading this because it’s about to get real here. The great news is if you’re considering or still adapting to a ketogenic diet, you’re on the right path.

Don’t be hard on yourself if you’ve continued to down soda despite warnings that it’s a one-way ticket to a diabetes or cancer diagnosis. That’s intense information to process. For the majority of us, it’s hard to make decisions now based on how they will affect us in 40 years.

It’s easier to think in terms of short-term payoffs. For example, thinking about how soda can break out your skin, cause gas, interrupt your sleep, and ruin your diet makes you want to grab a glass of water instead, especially if you have a date that night.

For men, it may be easier to think of the long-term side effects of inflammation since one of them is erectile dysfunction. Impaired blood flow that happens as a result of diabetes and heart disease affects your whole body.

The first step is cutting out inflammatory foods. Stop pouring gas on the fire.

It’s easy to get lost in articles about inflammation with all the science jargon thrown around. Let’s break down the names of the key inflammatory (causes inflammation) compounds.

Top 7 Culprits That Cause Inflammation

Sugar is as bad as it’s made out to be. It goes by over 52 different names on food labels and it’s added to 74% of packaged foods in America[*].

Why would food companies add it to every food they can and then try to disguise it?

Because it’s cheap and addictive. It lights up the same part of your brain as cocaine[*]. Yes, cocaine.

Sugar sends out all the inflammatory compounds as it rips through your body – literally rips, sugar is a sharp compound. When it comes to the common culprit behind obesity, diabetes, metabolic syndrome, mental illness, several types of cancer, arthritis and other inflammation-related diseases, science keeps coming back to point its finger at sugar.

The fastest way to curtail chronic inflammation, lose weight, sleep better and fully adopt a ketogenic diet is to get sugar out of your diet immediately.

Refined grains are no better than sugar. They carry the same glycemic load in addition to all the inflammatory compounds that grains naturally have. In fact, the glycemic index is based on sugar and a slice of white bread as the ruler for a glycemic load of 100. Every other food is tested on how it affects the blood sugar relative to sugar and white bread.

Beyond bread, refined grains are what make up pastries, breading on fried foods, pasta, and many other addicting carbs. “Refined” refers to stripping the grain of its natural state and adding back the few nutrients required by law.

Not only do you get the same response in your blood sugar and brain as you do when eating sugar, but refined grains come with the additional problem of acting like intestinal glue. Ever dealt with a wet sandwich out of the camping cooler? The bread takes on the consistency of paste from grade school.

The same thing happens in your intestines after eating refined grains. That paste-like texture gets caught up in the microvilli that line the GI tract and gets stuck. This blocks the absorption of nutrients through the microvilli until the mass is removed.

All of this means the inflammation alarms are going off, inflammation compounds are being produced, and nutrient absorption is being decreased and lasting longer.

Vegetable oils, most of which are made from heavily subsidized crops, came into the spotlight at the same time saturated fats became the unwitting villain in heart disease. Further research with less biased funding has started to clear saturated fat’s name, but the problematic vegetable oils still remain on the shelves and in our diets.

These oils are bad because of the way they’re produced, stored and the mass scale in which they’re used. To begin with, these oils are rich in omega 6 fatty acids, which help create inflammatory compounds called eicosanoids.

Remember, acute inflammation is a good thing the body is designed to do to attack and remove foreign bodies. Thus we have the mechanisms in place to make inflammatory compounds. The issue is we don’t want too many inflammatory compounds in our system, and especially not all the time. Consuming these vegetable oils — particularly in the high amounts we do — creates a ratio of (inflammatory) omega 6 fatty acids to (anti-inflammatory) omega 3s that can be up to 20:1, when the desired ratio is between 1:1 to 3:1.

These same oils are processed through methods to prolong shelf life, including the addition of preservatives. Storage in clear glass bottles affects their chemical structure and creates rancidity, especially when sitting on those shelves for months. These oils carry an expiration date, not a “pressed on” or “created on” date.

Oils made from plants that were heavily sprayed with fertilizers and pesticides are inevitably going to contain varying amounts of those chemicals. That’s on top of the omega 6s, additives, and rancidity.

What’s more, when these oils are processed to be put into food products, the fat is manipulated to achieve a specific texture and shelf life, which creates the worst possible type of fat: trans-fats. We’re not meant to consume trans-fats and thus when these rigid, man-made structures start creating hard masses in our arteries, the body sounds the inflammation alarms.

The term ‘conventionally raised meats’ is a nice way of calling meats from animals raised on synthetic hormones and antibiotics that were fed an inflammatory, grain-based diet. All those hormones, antibiotics and inflammation accumulates in the animal’s body, including the muscles you eat.

The simplest and fastest way to avoid this is to eat only organic, grass-fed meats. Those details are usually disclosed on the label. Meats with these characteristics are going to be free from antibiotics, synthetic hormones and inflammation hormones and enzymes. They’re also going to have naturally occurring omega 3 fatty acids and other anti-inflammatory compounds.

Meat can be extremely healthy for you. It contains many minerals, vitamins, macro and micronutrients that your body needs to thrive. Always choose grass-fed beef over traditionally raised, factory farmed beef and free-range poultry.

Sausage, bologna, salami and hot dogs – oh my. Processed meats pack a lot of inflammation-causing compounds, especially if they made with conventionally raised meats. They also contain nitrates, AGEs and high amounts of sodium.

Depending on how the meat was raised and processed, there are often additional inflammatory compounds in them. That hot dog packaged in BPA plastic packaging is also loaded with artificial food dyes, flavors, additives, and preservatives.

Your body can’t process all those chemicals at once so it sounds the alarm that foreign bodies have invaded. This triggers inflammation, which doesn’t stop until all those compounds have exited your body.

Putting these foreign substances into your body is going to cause an inflammatory response, increase your inflammatory markers and trigger chronic, low-grade inflammation.

This is a pretty simple one to spot. Putting petroleum products in your body = inflammation.

Science proving that a glass of red wine a day can provide some heart health benefits may seem like a free-for-all permission slip to drink more, but that’s not the case. In addition to alcohol increasing blood sugar levels and kicking you out of ketosis, drinking in excess leads to inflammation and weight gain, which begets more inflammation.

Your liver uses the same enzyme – alcohol dehydrogenase – to break down both fat and alcohol. The enzyme was first discovered in its role regarding alcohol so the name stuck.

When presented with the choice to break down a toxin or break down fat, the liver is going to address the toxin first for safety reasons. That means fat gets set aside, literally. This results in fat surrounding the liver and accumulating in your waistline, which creates stress on the liver and your whole system, elevates cholesterol levels, and increases stress-related, inflammatory compounds such as, but not limited to, C-Reactive Protein.

If you’re trying to lose weight, adopt a ketogenic diet and decrease inflammation, it’s best to leave those 99 bottles of beer on the wall and opt for a glass of water.

Yikes. It sounds like every food you’ve ever enjoyed is out to get you. But that is not the case.

Choosing food products over real foods has never been a good idea.

Right now, there are healthier alternatives to choose from when you go shopping.

Don’t worry if you feel you could never give up cookies or sodas. Getting rid of the cravings for these inflammatory foods will take time because they’re designed to make you addicted.

However, as you eat more real food and less processed foods, those cravings will subside and you’ll begin to crave the flavor of real, healthy foods.

The major key to success here is to bring healthy foods into your home and focus on making a healthy choice with every meal and snack. Thinking of it one meal at a time instead of a giant lifestyle change will make you more likely to succeed while decreasing your likelihood of developing several serious inflammatory diseases.

Sheila Amir has a Bachelor’s Degree in Nutrition and Dietetics and has worked as a health and nutrition writer for over a decade. Sheila’s experience as a nutritionist began with the Wyoming Women, Infant and Children (WIC) program and then as a private practice nutritionist in Wyoming and followed by Arizona. After getting her degree, Sheila practiced nutrition for 8 years before transitioning exclusively to writing. Tired of the mass of misinformation drowning out facts and evidence, she committed herself to creating resources that help readers improve their health.
Share
Tweet
Pin
144 Shares

8 Meal Planning Apps That Save You Time on Meal Prep