The primal diet, nicknamed the “caveman diet,” is a diet based on evolutionary theory, focusing on foods consumed before the agricultural revolution.

The primal diet focuses on eating natural foods that your ancestors once ate, long before processed carbs ever existed. Sound like paleo? That’s because there is quite a bit of overlap between primal and paleo — yet the two are not one and the same.

Unlike keto, primal doesn’t try to switch your metabolic state or offer macronutrient guidelines. However, since you cut out all grains on primal, most people inadvertently eat a high-fat, low-carb diet — at least in comparison to the Standard American Diet.

That said, many high-carb foods — mostly fruits and starchy vegetables — that aren’t allowed on keto are allowed on primal. Below, you’ll learn how this diet works, the philosophy behind it, and the key differences between primal and keto.

What Is the Primal Diet?

The primal diet is based off the book, “The Primal Blueprint” written by Mark Sisson. It focuses on what humans ate long before the agricultural revolution. This includes the elimination of processed carbohydrates, focusing on eating natural foods like fruits, nuts, vegetables, and grass-fed meats.

Before having readily accessible foods at a moment’s notice, your ancestors had to travel to find food and were constantly moving around looking for their next meal. When agriculture became the new norm, travel and movement was no longer needed. Civilizations had year-round access to food, people settled in one location, and they no longer needed to hunt and gather.

Because you don’t have to hunt for your food anymore, humans have become physically stagnant and it has become a detriment to your health.

You’re no longer twisting, sprinting, and pushing your body to the physical limit. This lack of strenuous exercise has led to a population that is suffering from health and weight related diseases.

As a lifestyle, primal encourages “primal” movements that include quick bursts of energy through lifting and sprinting. Steady-state cardio, such as long runs, are discouraged. It also encourages people to move continuously throughout the day, rather than sit stagnant. From a diet perspective, it aims to return people to foods that were once hunted and gathered.

The primal diet prioritizes foods that are as close to natural as possible. If a certain food wasn’t available before the agriculture and industrial revolution, then it should be avoided.

For a full list of primal foods, check out this primal blueprint shopping list. Here is an abbreviated list of the whole foods you’ll eat on this diet:

A typical day on a primal meal plan might start with black coffee (no sugar) paired with scrambled eggs and spinach.

Your lunch could consist of a green chicken salad containing seeds with olive oil and vinegar as a dressing. A common dinner on this plan would include grass-fed steak with the occasional sweet potato.

Foods to Avoid on the Primal Diet

Primal avoids foods that have been introduced after the agricultural revolution. This means all grains, beans and legumes, and refined sugar are eliminated. Other foods to stay away from include:

The primal and paleo diets have a lot of similarities. Both diets are based off of evolutionary science, believing the diet humans followed 100,000 years ago before the agricultural revolution was healthier than the Standard American diet.

With all similarities aside, there are three key differences between the two.

Paleo restricts dairy, believing that since humans are the only species on the planet that drinks milk after adolescence, it isn’t natural.

People who follow a paleo diet believe dairy to cause inflammation and increase your insulin levels. On the contrary, the primal blueprint diet considers dairy to be an excellent source of healthy fats, protein, and calcium.

Originally, the paleo diet limited white potatoes, while the primal diet offered no such restriction. However, in recent years this guideline has become a bit more lax, as different paleo-derived communities — such as Whole30 — started consuming white potatoes again.

The autoimmune protocol (an extremely strict version of paleo that attempts to rid symptoms associated with autoimmune diseases) continues to eliminate all nightshades, including white potatoes, eggplants, tomatoes, and peppers. Typically, this is for a set period of time until symptoms lessen, then foods are slowly reintroduced.

#3: They Once Had an Opposing Stance on Saturated Fats

In the original paleo diet outlined by Loran Cordain, paleo dieters were instructed to avoid saturated fats, opting for leaner cuts of meat like chicken and turkey. This supported research connecting saturated fats with increased cholesterol levels and heart disease.

Primal dieters have never held such a stance, instead believing that saturated fats and cholesterol are crucial building blocks for optimal hormonal function. However, since paleo followers now eat saturated fats, this difference is no longer relevant.

There are a lot of striking similarities between ketogenic and primal eating.

The main difference between the two is how they treat the consumption of carbohydrates. The primal diet allows a slightly higher intake of carbs through starchy tubers, potatoes, all fruit, natural sweeteners, and even red wine.

Adopting a ketogenic diet restricts carb intake. The sole purpose of eliminating carbs is to transition your body into a state of ketosis where your body begins to burn fats for energy rather than carbohydrates.

Both diets follow a high fat, moderate protein protocol with the biggest difference being the ketogenic diet’s emphasis on consuming as little carbohydrate as possible.

On primal, you could consume up to 100–150 grams of carbs whereas keto restricts you to 50 grams maximum, preferably under 30 grams.

Mark Sisson breaks down the primal diet to a few core principles. By keeping these notions in mind, it’ll be easier for you to grasp what you can and cannot eat. Here are the fundamental concepts behind the philosophy.

#1: Fats Are the Preferred Source of Energy

Just like keto, primal focuses on shifting your body’s epigenetics back to a fat burning mode rather than depending on carbohydrates. Dating back to your hunter-gatherer ancestors, you’ve evolved to prioritize and burn fat as your main source of energy.

Fat burns more slowly and at a more even pace compared to carbohydrates. This provides your body with steady energy levels rather than the constant ups and downs from a heavy carb load.

Against popular opinion, a large study recently published concluded that those with a higher fat intake had a 23% lower risk of early death compared to the people who consumed more calories in carbohydrates[*]. 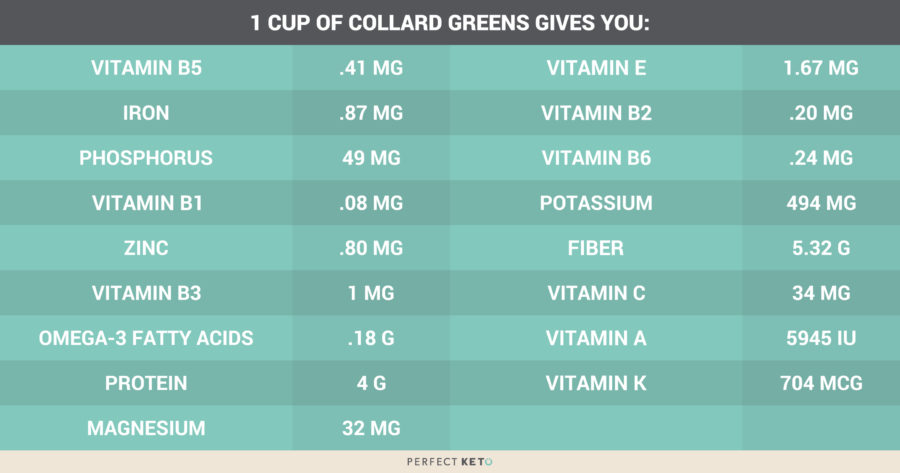 Humans have gotten by perfectly fine without grains and this diet believes there’s no real reason to incorporate grains into your diet. From a micronutrient standpoint, incorporating leafy greens is far superior and the need for carbs can be replaced with sweet potatoes and berries.

#3: Cholesterol and Saturated Fats Are Good for You in Moderation

The negative stigma behind saturated fats and cholesterol stem from the belief that they cause heart disease, make you fatter, and clog your arteries. However, new research has shown that people who consumed more saturated fat are not any more likely to experience heart disease, stroke, or any cause of mortality compared to those who ate less saturated fats[*].

On the primal eating plan, you will not consume any refined sugar. However, natural sweeteners, including honey, maple syrup, and molasses are fine in moderation.

In addition, fruits that are typically eliminated on the keto diet are fine on primal. Mangos, bananas, apples, watermelon, and other high-sugar fruits can be consumed in moderation, but should not be the focus of your diet.

The vitamin and mineral content in leafy greens make them a staple for the primal way of living. Minerals like potassium, calcium, and magnesium are abundant in leafy greens that are otherwise difficult to obtain in other foods.

Adding leafy green vegetables to every meal is a great way to provide your body with all of the essential nutrients and minerals to function optimally.

On primal, incorporating grass-fed meats — rather than their grain-fed counterparts — is strongly encouraged.

Switching to high-quality, grass-fed meat will provide you with higher amounts of omega-3 fatty acids, conjugated linoleic acid (CLA) and even contains less overall calories[*]. Omega-3 fatty acids are considered to be “healthy fats” and come with several benefits like helping with depression, increasing mental clarity and even alleviating arthritis[*]. Meanwhile, CLA is touted as one of the strongest nutrients to defend against cancer[*]

While converting to grass-fed food may be more expensive, the benefits of high-quality, grass-fed meats can do wonders for your body.

Health Benefits of the Primal Diet

Since the diet focuses on high-quality, natural foods, many people have seen lasting results in weight loss, decreased body fat, improved body composition, and mental well-being. Since the primal diet completely eliminates grains, those with food allergies or diagnosed with celiac disease report large success on the diet.

A Lifestyle That’s Here to Stay

Mark Sisson has created a movement behind the primal diet and it has grown to become a lifestyle for thousands of people.

As opposed to the several fad diets designed to help people lose weight — only to gain it back months later — primal focuses on a holistic approach that has lasting effects. Focusing on high-quality foods including grass-fed meats, green leafy vegetables, and fresh fruits is a priority for people who want to adopt this diet.

The primal diet can help improve your overall health, but it’s not the same as the keto diet, which aims to put you into a state of ketosis. In fact, there are many differences between the two. For example, primal doesn’t place any macronutrient guidelines, which is a key focus of keto.

For more information on primal eating, visit Mark’s Daily Apple. If you’re currently following the primal diet and are curious about how the keto diet might help you reach your health goals, visit this keto guide for beginners.