72 Published Articles
Brian Stanton is a professional freelance writer with a talent for translating complex science into simple English. He has over four years experience writing content and copy for a wide range of health & wellness clients.

On the SlimFast diet, you eat meal replacement shakes and 100-calorie snacks. Does this low-calorie diet work for weight loss, and is it healthy? Find out. 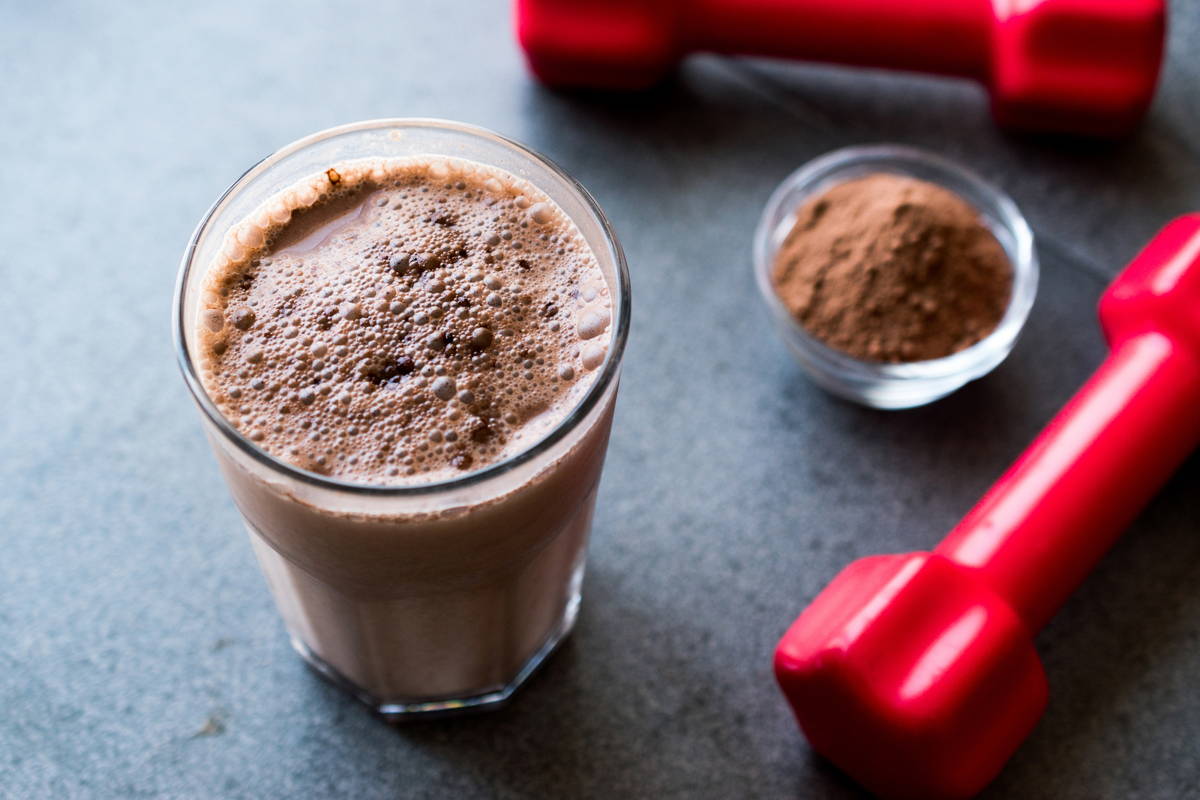 Keto weight-loss diets are showing up everywhere these days. A recent example is the SlimFast keto diet, which involves drinking low-carb meal replacement shakes (along with a few snacks) to dramatically cut your calorie intake.

A new keto line of SlimFast drinks, candies, and bars claims to support a healthy keto diet… but a glance at the ingredients list on these products tells a different story.

The SlimFast version of the keto diet is easy to understand and saves on meal prep time, which is great — but there are a few reasons to be cautious about SlimFast’s new keto products.

Keep reading to learn about SlimFast dieting, and why SlimFast’s new keto products/meal plan may not be the right move for a healthy keto diet.

What Is the SlimFast Diet?

Each meal replacement smoothie contains about 180 calories. Add that to the snacks and the small meal and you’re at 1200-1300 calories per day. For men, the plan recommends adding another couple optional snacks, for up to 1600 calories a day.

The meal replacement shakes contain fat, protein, and carbohydrates (macronutrient ratios depend on the flavor of shake). Some SlimFast products (the SlimFast Advanced Nutrition line) are advertised as low-carb, with 1-2 grams carbohydrate per shake, while others have over 20 grams per serving.

The shakes are fortified with vitamins and minerals like vitamin D, calcium, and magnesium. Other ingredients, like trans fats, are less desirable. More on this later.

If you can stick to the SlimFast keto diet plan long-term, you will lose weight. Going on the SlimFast diet means restricting calories, sometimes to under 1000 calories per day for women and under 1200 calories a day for men.

Calorie restriction does work for weight loss[*] — if you eat less, you’ll lose weight — and there have been a few studies specifically on SlimFast dieting that had promising results.

Clearly, SlimFast works in theory. The problem is whether or not you’ll actually adhere to a plan that restricts calories so intensely and replaces real, delicious food with mediocre shakes. Most people who follow a meal plan with such a large calorie deficit lose weight at first, but eventually they gain the weight back, and in the long-term they don’t see any real change in health or weight.

Take the Women’s Health Initiative Dietary Modification Trial, in which a group of researchers followed 48,835 women over 7.5 years. One group ate a low-fat calorie restricted diet, while the other ate a normal diet[*].

At the end, the weight difference between groups was minimal. Only about two pounds.

Another example is The Biggest Loser, a show that puts contestants on calorie restricted diets. As fasting expert Dr. Jason Fung reports:

“Six years after their almost miraculous weight loss, thirteen of the fourteen contenstatnts studied had regained the weight they’d lost. This is a failure rate of 93 percent”[*].

The point is: The SlimFast diet may cause short-term weight loss, but it’s probably not sustainable. There are better ways to lose weight long-term.

Problems With The SlimFast Keto Diet

There is one major advantage to SlimFast’s keto diet: convenience.

It’s easy to throw a SlimFast meal replacement bar in your bag and hit the road. It might cramp your social schedule — no eating lunch with your friends/coworkers — but at least your meals will be planned out.

This convenience, however, comes at a cost. Here are some reasons to avoid SlimFast.

Both fiber sources are popular among cheaper, lower-quality products aimed at people who are watching their carb intake. They’re inexpensive ways to add both sweetness and thickness/body to products. In theory, your body doesn’t break soluble corn fiber and IMOs down, which has led manufacturers to claim that eating them won’t affect your blood sugar. Companies often claim that soluble corn fiber and IMOs are good for diabetics, keto dieters, and so on.

However, shortly after these fiber sources became popular, diabetics who ate them began noticing spikes in their blood sugar levels. That led to more research and some interesting findings.

IMOs, another main fiber source in SlimFast’s keto bars, have the same problem. Their glycemic index is even higher than soluble corn fibers, driving researchers to conclude that “IMO does not constitute a dietary fiber and instead should be explored as a slow-digesting carbohydrate.”[*]

If you’re on a keto diet, every gram of carbohydrate matters, and SlimFast’s keto products may be more carb-heavy in practice than they seem to be based on their nutritional labels.

That’s not very many calories, especially if you work out (the program suggests 30 minutes of cardio a day).

A sample SlimFast diet meal plan looks something like:

Most likely, you’ll be perpetually hungry on this regimen. There aren’t enough calories to fill you up. SlimFast’s keto products are also very low in protein; assuming you ate 500 calories of steak and nothing else for your dinner, you’d still only be getting around 65-75 grams of protein a day.

Combining calorie restriction that intense with protein intake that low means you’ll likely be losing a lot of muscle along with fat, and your bone density may also take a hit[*]. Not ideal.

If you’re on a keto or paleo diet, you can probably find something to order at most restaurants. That’s important for long-term adherence — you can still eat meals with your friends, business partners, etc., as long as you pick carefully or modify your order a bit (skipping the bun on a burger, for example).

SlimFast’s plan gives you one 500-calorie meal a day. Other than that, you’re on shakes, bars, individually wrapped keto sweets, and liquid “snack” shots.

Eating mostly shakes and snack products has a variety of problems. For one, it’s not appetizing. You’re inevitably going to crave real food after a week or two, which will make it hard to stick to your plan and keep losing weight. You also aren’t going to be able to eat out if you’ve already had your one 500-calorie meal for the day.

This kind of structure makes it unnecessarily difficult for you to stick with SlimFast’s keto meal plan. Snack bars and shakes should be for times when you don’t have access to real food. They shouldn’t make up the bulk of your diet.

Should You Try SlimFast’s Keto Diet?

If you want to lose weight with keto — and you should try it, because keto is a great option for weight loss — you don’t have to follow an overly restrictive diet plan centered around packaged products.

Instead, just eat real food that’s low in carbs and leaves you satisfied. You’ll still lose weight and you’ll be much happier.

If you’re interested in keto for weight loss, you can start right now. Our guide to keto for weight loss has everything you need to know about losing weight on keto, and we have hundreds of delicious keto recipes that taste much better than a meal replacement shake.

Brian Stanton is a professional freelance writer with a talent for translating complex science into simple English. He has over four years experience writing content and copy for a wide range of health & wellness clients.
Share
Tweet
Pin
0 Shares

How to Test Ketone Levels Using Ketosis Strips and Other Tools 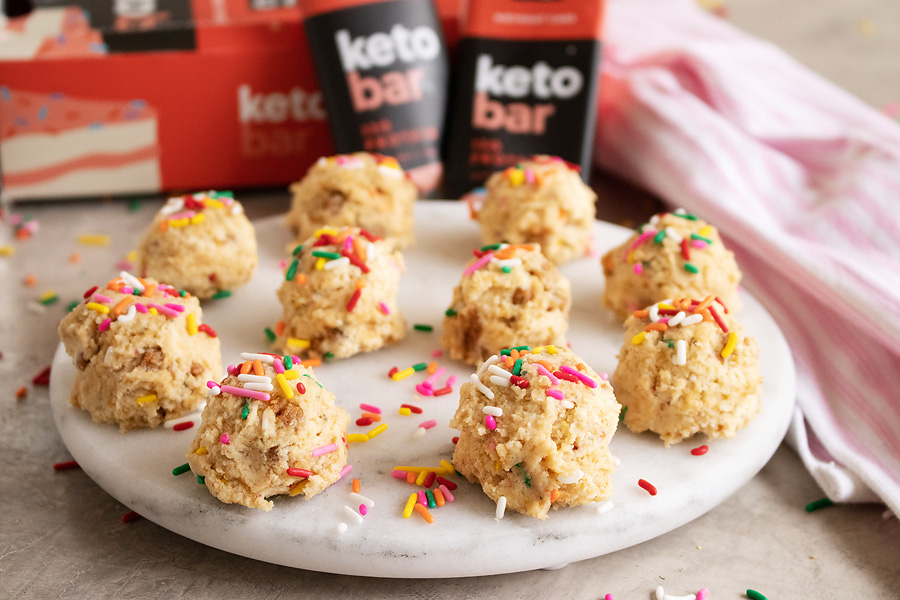