If you’re like most conscious consumers, you read the food labels of products before putting them in your cart.

Sometimes, you’ll come across words that don’t sound like food but are generally harmless, such as “tocopherols,” a form of vitamin E.

Other times, however, it’s worth a second look.

Such is the case for some forms of hydrogenated oil. Depending on the hydrogenation process and the type of fat that results, these oils could pose adverse health effects.

What Is Hydrogenated Oil?

Hydrogenated oil is the term for oils that have undergone a chemical process called “hydrogenation.” Put simply, when oil is hydrogenated it has hydrogen atoms added to it.

Food manufacturers discovered that adding hydrogen atoms to oil can enhance its shelf life, increase its melting point, and change its texture. That’s how, beginning in the early 1900s, the practice of hydrogenation became a money-saving tool for the food industry[*][*].

You’re likely familiar with the concepts of saturated and unsaturated fats, but many people don’t fully understand what these terms mean.

Think of fatty acid as a long dining table with 10 chairs on each side. The table is a fatty acid backbone, and the chairs represent places where it can bond with other atoms and molecules.

When the table is full, and every chair has a person sitting in it, you could say that the dining table is “fully saturated” with dinner guests. In the case of hydrogenation, you’re filling that table (or fatty acid backbone) with hydrogen.

When the oil is completely saturated in hydrogen atoms, it becomes saturated fat. Saturated fats are the most shelf-stable fats because hydrogen acts to solidify the fat and safeguard it against unwanted reactions with other molecules.

But when one or more of the chairs is left empty, the table is only partially saturated.

Polyunsaturated and monounsaturated fats are examples of fatty acids whose dinner tables have some empty seats.

Naturally occurring unsaturated fats are no big deal. They offer many health benefits[*].

In the process of hydrogenation, however, unless those chairs get filled by hydrogen atoms, the chemical process can cause the chairs to flip around.

Now you have a dining table with some chairs that are turned around 180 degrees. That would look pretty weird, right? Your body agrees[*].

This process of partially hydrogenating and “flipping chairs around” creates trans fats.

Fully hydrogenated oils are the same thing as saturated fat. You may find these labeled on your food as “hydrogenated oil,” and there’s no cause for alarm.

But partially hydrogenated oils (PHOs) are a whole other story.

As mentioned, it’s not the unsaturated nature of the oils that are problematic. It’s the structure that the fatty acid can take when it goes through the chemical hydrogenation process — specifically, the trans fat structure.

However, human bodies were not designed to manage the abundance of trans fats that result from the partial hydrogenation process.

Keep reading to learn about some health concerns associated with consuming trans fat.

One of the most well-known and well-studied health concerns of trans fat is the increased risk of heart disease. Diet plays an integral role in the health of this vital organ, so it’s imperative not to overlook the quality of the fat you eat.

In 2009, the World Health Organization (WHO) called for a scientific update on trans fat and cardiovascular health. A group of researchers reviewed observational and experimental evidence to determine the risk factors that trans fat posed for heart disease.

The review found that trans fats could lead to[*]:

Although studies on trans fats and type 2 diabetes are mostly inconclusive in humans, there’s reason to believe that further investigation may uncover some issues.

For instance, the WHO review noted that trans fat consumption may worsen insulin sensitivity in those who are already predisposed[*].

Inflammation is at the root of many chronic diseases in the West. The disharmony it causes in your body can lead to issues in almost every system from neurological to immune.

These inflammatory markers have strong associations with heart disease and the development of atherosclerotic plaques[*].

In one study, researchers aimed to determine the connection between inflammatory markers and trans fat consumption through food questionnaires.

They surveyed over 800 women, with results showing a positive association between trans fat intake and specific inflammatory markers associated with heart disease and diabetes[*].

Luckily, the U.S. Food and Drug Administration (FDA) has picked up on the fact that trans fats pose a potential threat to the health of consumers.

Back in 2003, the FDA ruled that the amount of trans fat must be stated and labeled on all food products before January 2006. This began the downfall of trans fats — but there was a catch.

If a food item contained less than 0.5 grams of trans fat per serving, it could be labeled as 0% trans fat[*]. So what did those crafty food manufacturers do?

You guessed it — they cut down serving sizes to hide the trans fat.

Finally, in 2015, the FDA stated that partially hydrogenated oils are no longer GRAS certified (generally recognized as safe). They also stated that “removing PHOs from processed foods could prevent thousands of heart attacks and deaths each year[*].”

The implementation strategy for getting PHOs out of the food supply is as follows:

If the product was made before this date, the FDA will allow it to work its way through distribution. Therefore, depending on the shelf life of the food, there could still be some grocery store products with PHOs.

However, by January 2020, there should no longer be any products containing PHOs, and therefore trans fats, on store shelves[*].

Again — this excludes a few companies that petitioned for January 2021. Who knew petitioning was so effective?

Hydrogenated Oil and Foods to Avoid

Knowing about the ongoing regulations, you still need to keep your eyes open for foods that may contain trans fats.

Partially hydrogenated oils may be labeled in a few different ways, so when perusing your nutrition labels beware of:

PHOs tend to show up mostly in packaged foods. Pay close attention to the foods mentioned below when looking out for trans fats: 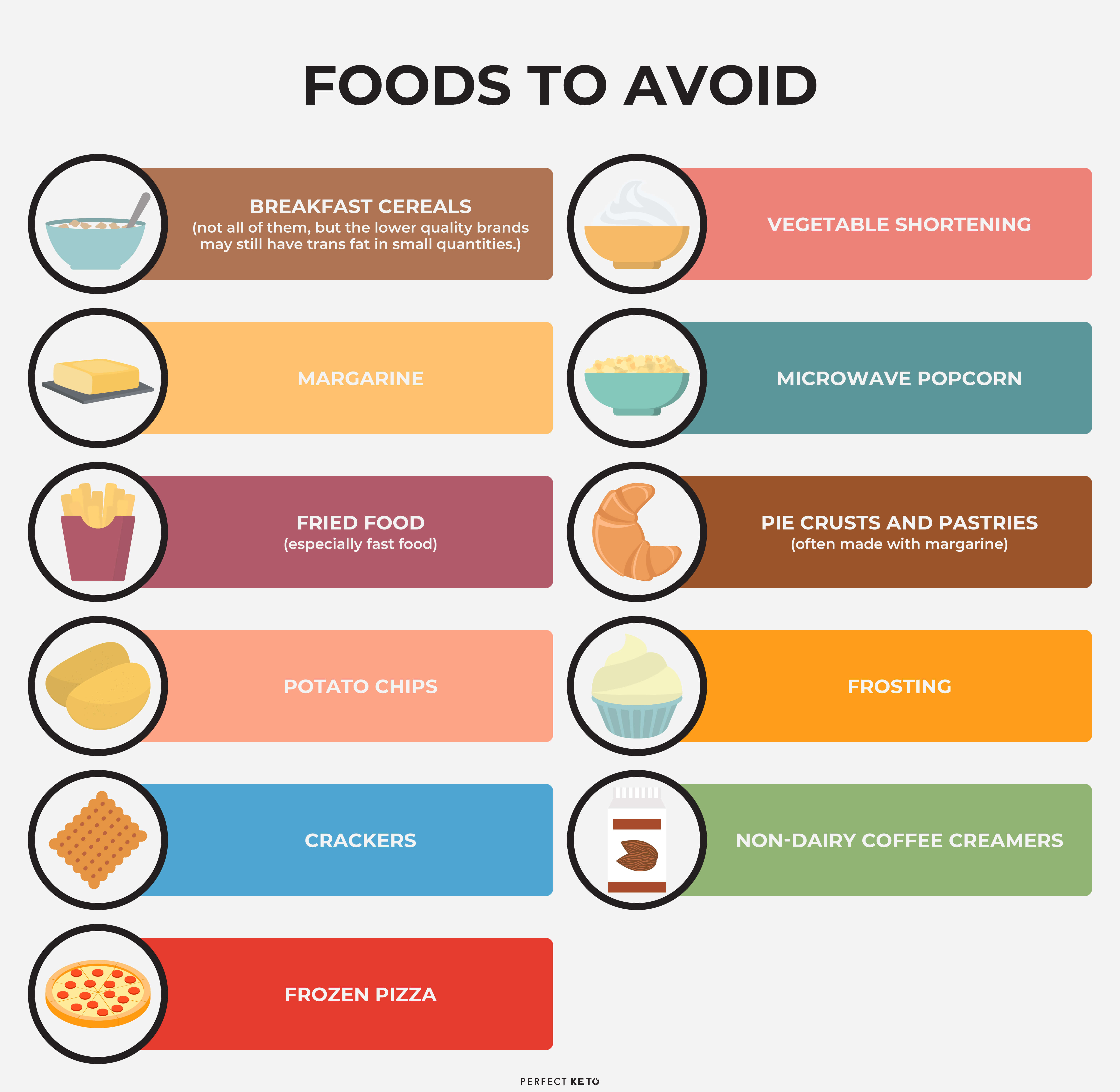 What to Use Instead of PHO

If you’re a margarine lover, it’s time to convert to good old-fashioned butter. It has no trans fat and, frankly, it tastes better.

When it comes to cooking at home, use oils from coconut, avocado, olive, and sesame, depending on your dish and the smoke point.

Luckily, most health-focused brands already avoid PHOs and trans fats. If you’re looking for alternatives to your favorite packaged foods, opt for the organic, all-natural variety, and you should be good.

The Bottom Line on Hydrogenated Oil

The story of partially hydrogenated oil is a reminder that not everything is as good as it seems on the surface. In the beginning, manufacturers saw this process as a godsend, but it soon came back to bite them.

As a conscious consumer, it’s on you to make sure the ingredients in your food are health-promoting.

Fortunately, as of January 2020, the FDA ordered companies to remove all PHOs from the food supply. (With some exceptions that won’t stop until 2021). As such, keep an eye out for these oils and avoid them whenever possible.

A great next step is to check out Perfect Keto’s library of recipes to find dozens upon dozens of delicious, keto-friendly recipes featuring healthy fats.