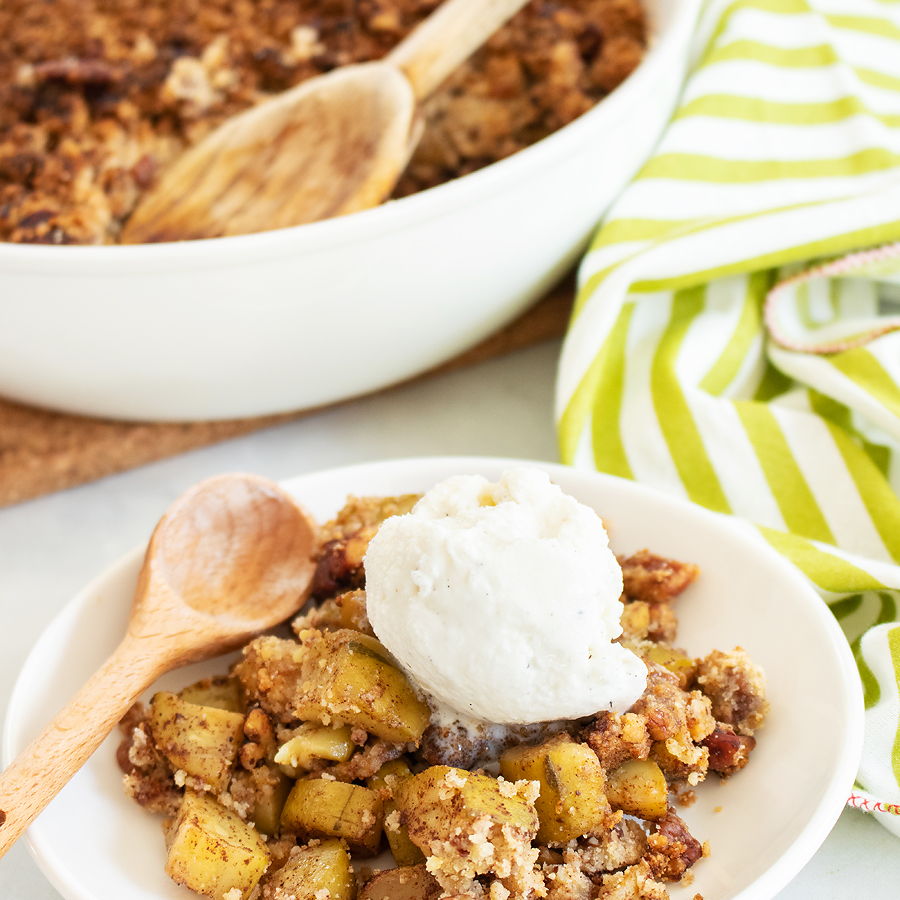 Apple crisps and apple cobblers are a fall staple in many households. But when you’re trying to stay in ketosis, apple dishes are pretty much off the table. However, swapping sugary apples for something a little more low-carb might just do the trick.

This fall dessert is the perfect keto version, swapping apples with a surprising veggie alternative.

This low-carb apple crisp recipe is: 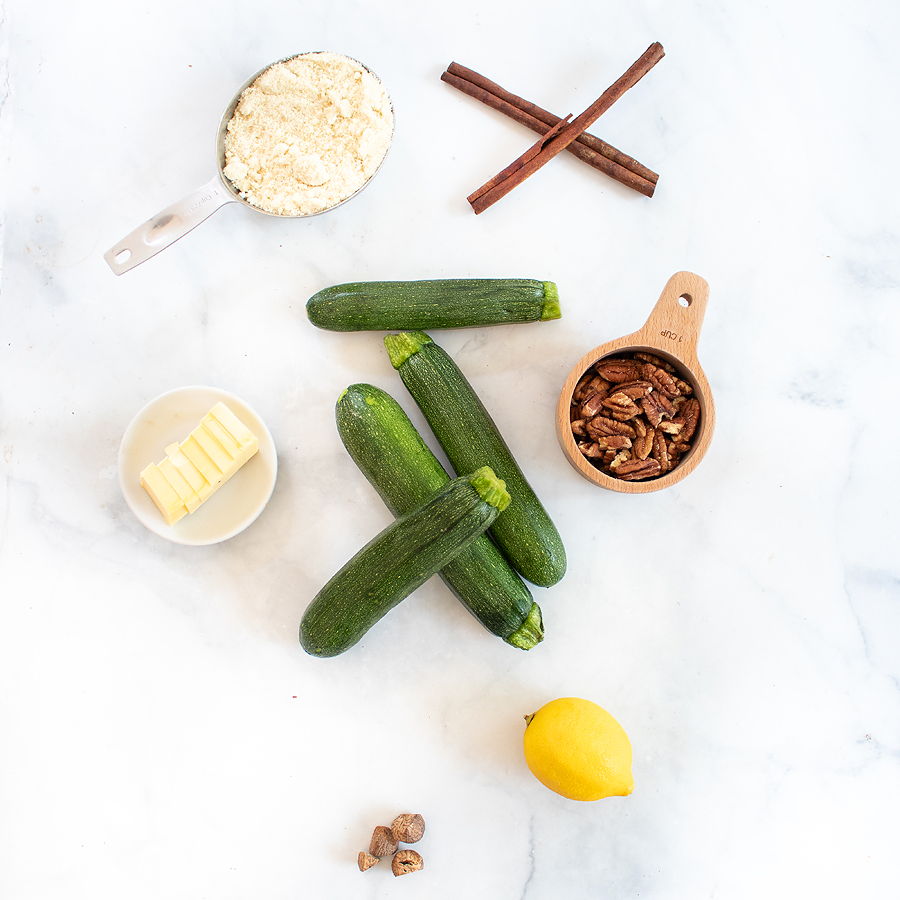 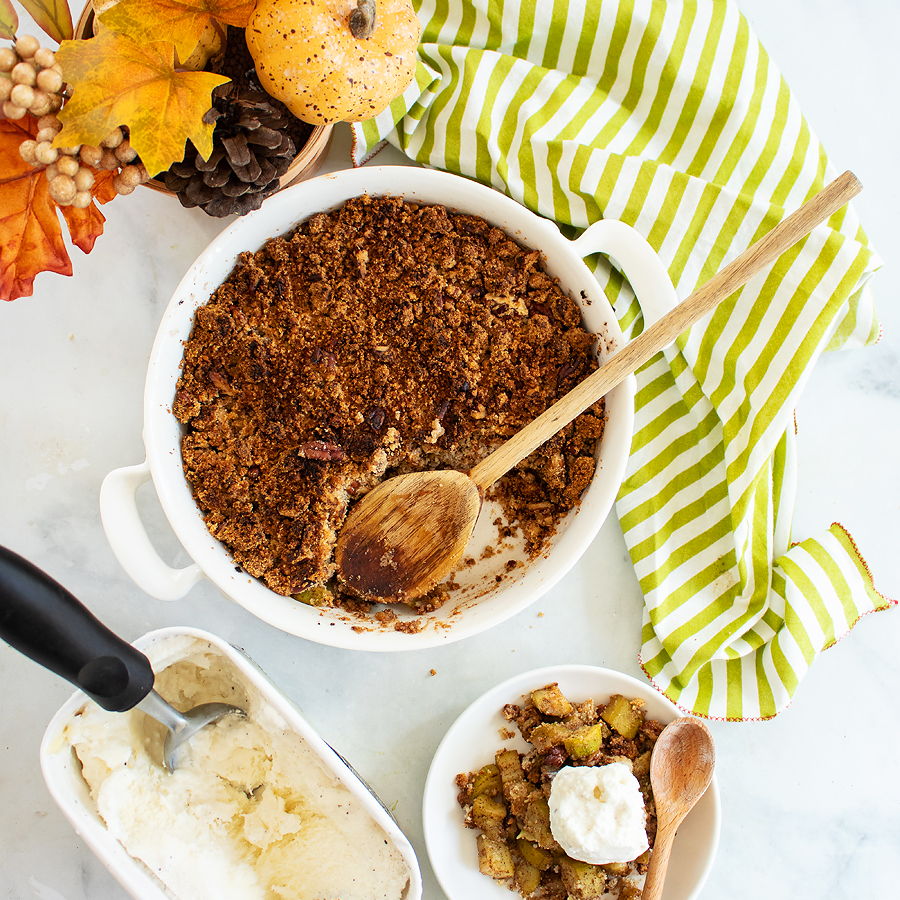 Traditional healing systems like Ayurveda and Chinese medicine have used herbs and spices for their healing properties for thousands of years. Warming spices like cinnamon and nutmeg are known to boost digestion, warming your body, and assisting in the process of breaking down and absorbing your food[*].

Cinnamon, in particular, comes with a host of other health benefits as well. In addition to being a warming herb, it’s also a potent antioxidant, anti-inflammatory, blood sugar-stabilizing, and antimicrobial[*].

Zucchini Supplies A Rich Source of Vitamin A

By switching out your apples for zucchini, you not only slash the carbs in this keto apple crisp, but you also get a boost of vitamin A[*].

Vitamin A is crucial for your immune system, plays a vital role in vision, and it’s an indispensable part of your reproductive health and cell to cell communication[*]. It can be tricky to try to get enough veggies in your diet, so sneaking some into a pie or crisp is an excellent fail-safe around the holidays.

How To Make Keto Apple Crisp

Are you ready to enjoy a delicious mock apple dessert? Begin by preheating your oven to 350° F and coat an 8×8 baking dish with non-stick spray and set aside. Peel and dice your zucchini, and add to a separate bowl. 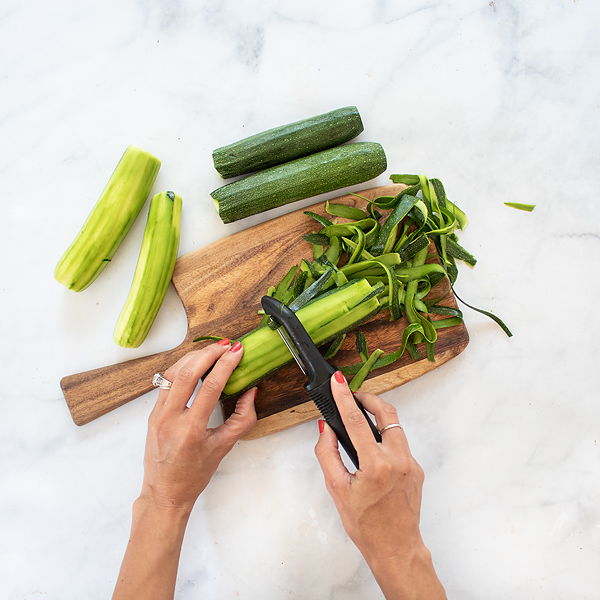 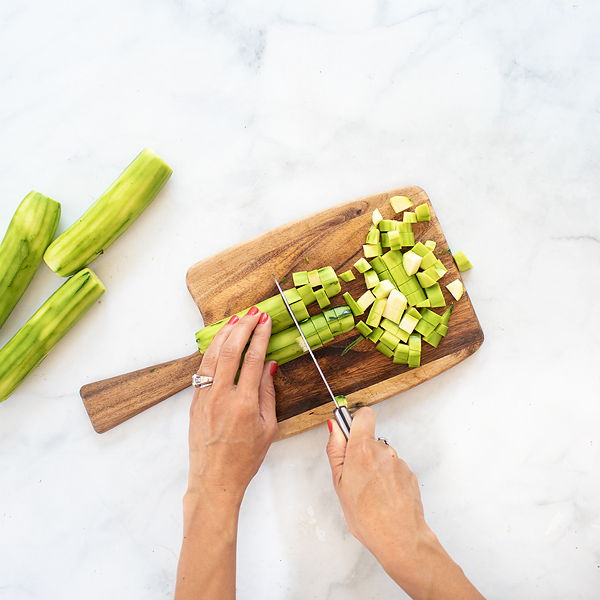 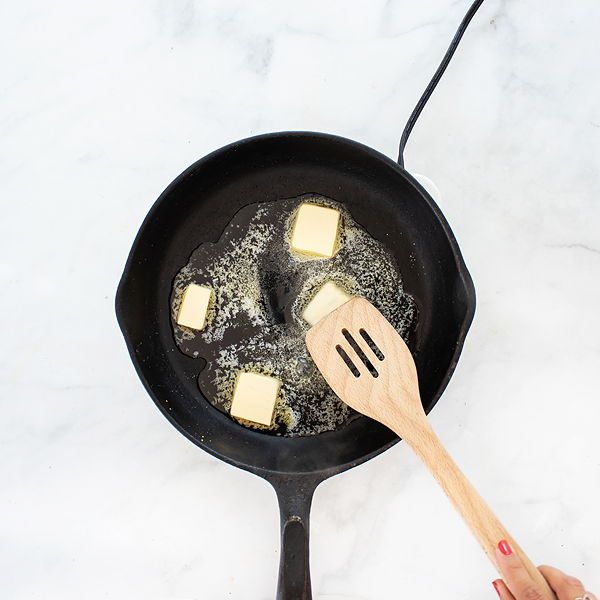 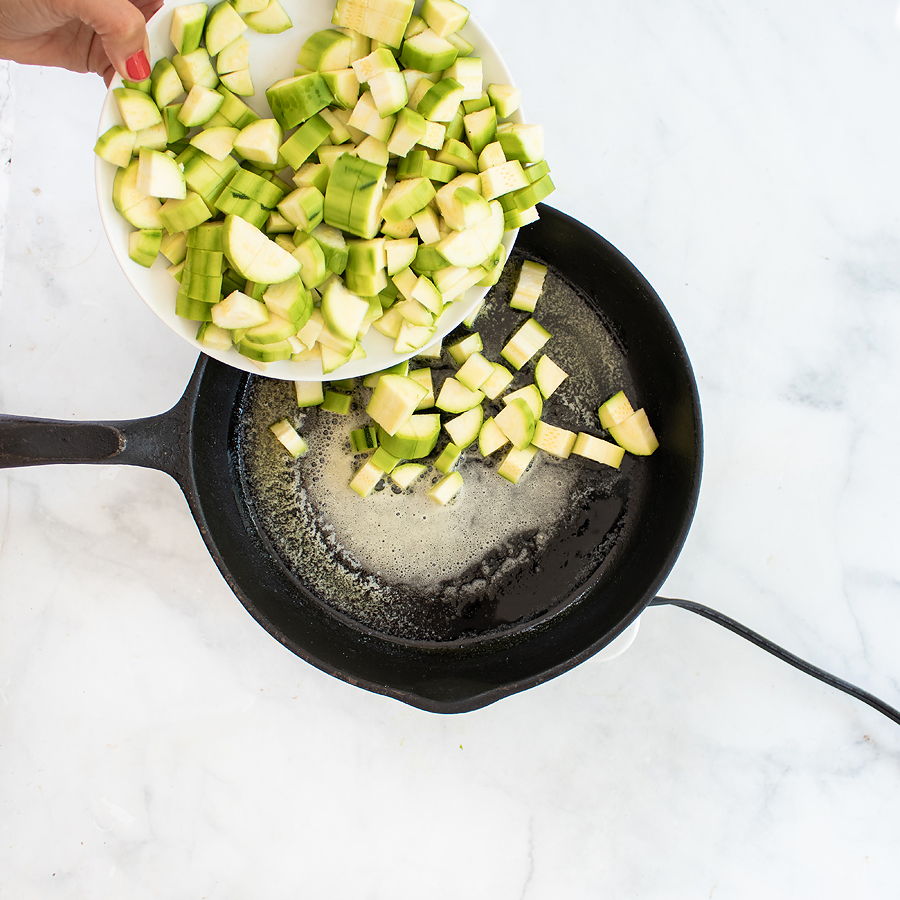 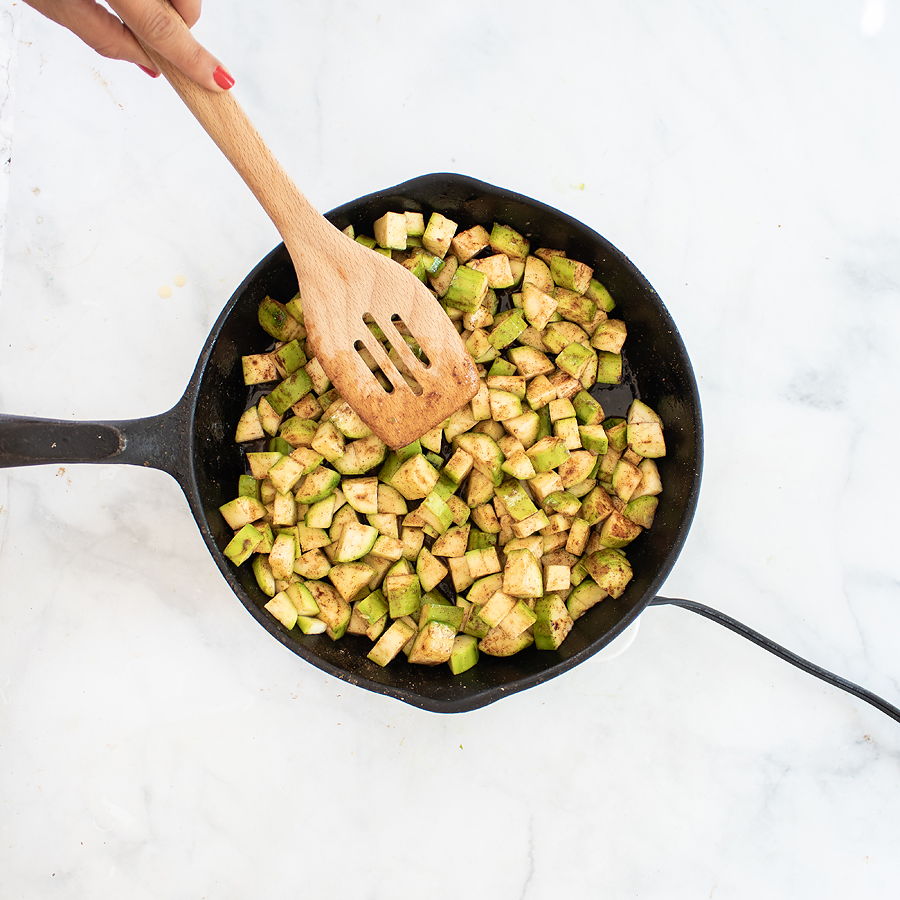 Toss in the melted butter and cook for 5 to 7 minutes until your zucchini is slightly tender.  Remove from heat and add to your prepared pan. 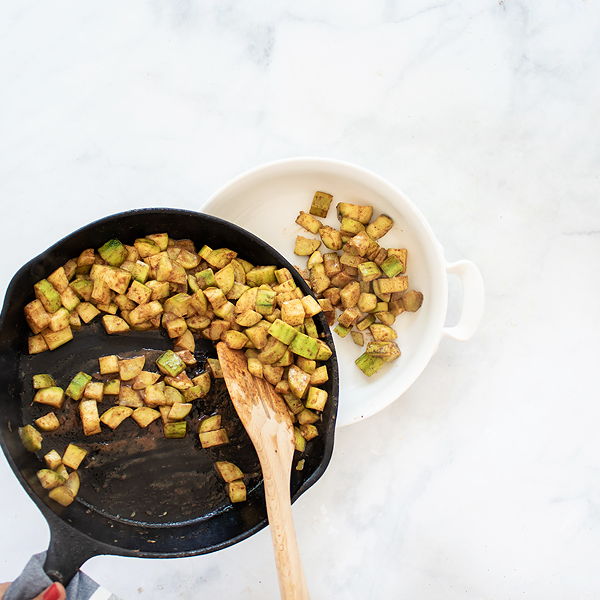 Your traditional apple crisp topping is made with brown sugar, butter, and oats.

This low-carb, sugar-free version, however, does things a little differently. You’ll be switching out that brown sugar for a sugar-free alternative like monk fruit or stevia, and instead of oats, you’ll use almond flour. 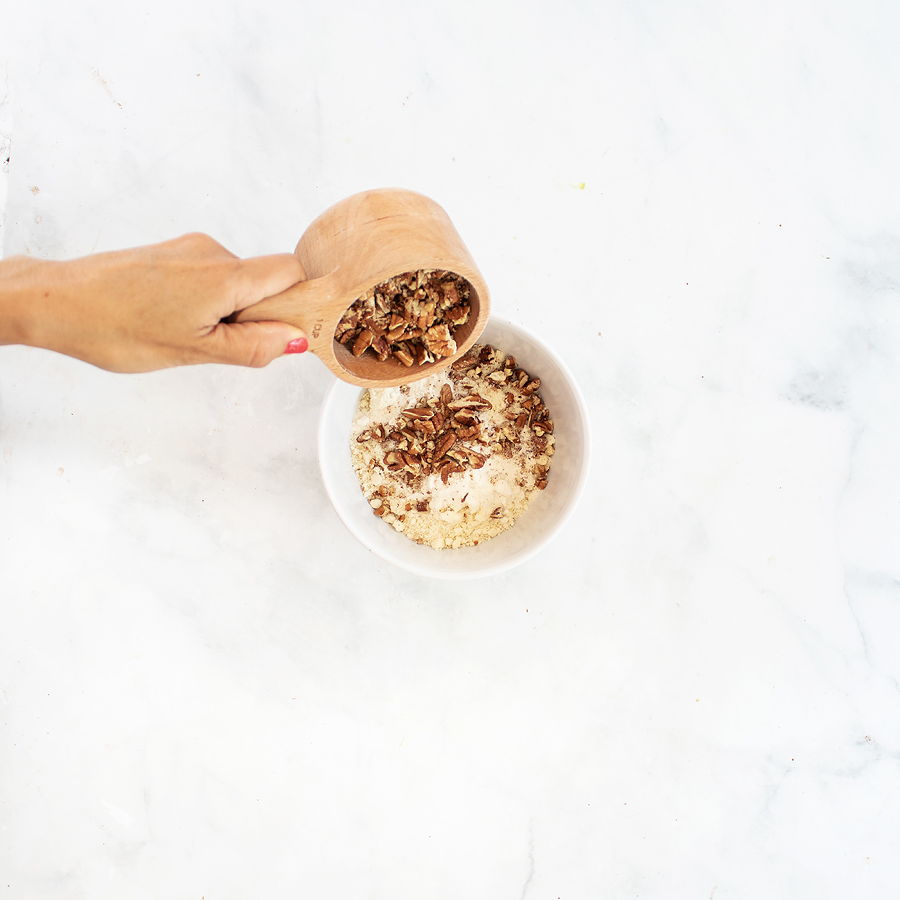 Simply add the almond flour, nuts, ⅓ cup butter, and remaining sweetener to a small bowl and mix well with a fork to a crumble consistency, and voila — you have a keto apple crumble topping.

Pulling It All Together 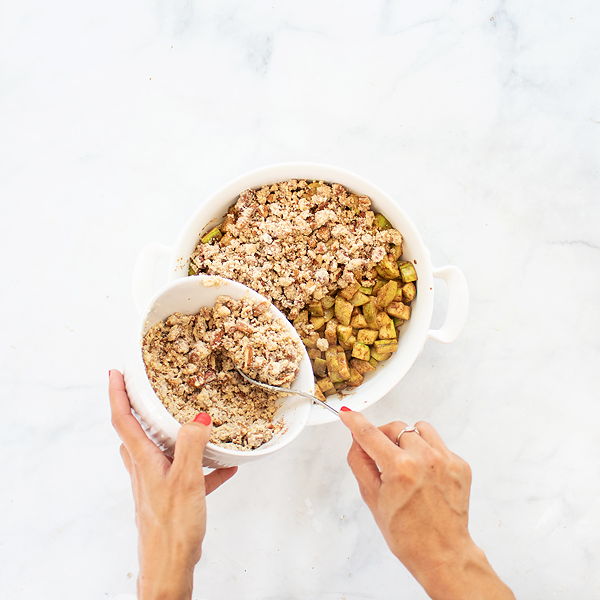 Pour your crumble topping mixture over the zucchini and bake for 25-30 minutes until the crumble is golden brown and the zucchini mixture is bubbling. 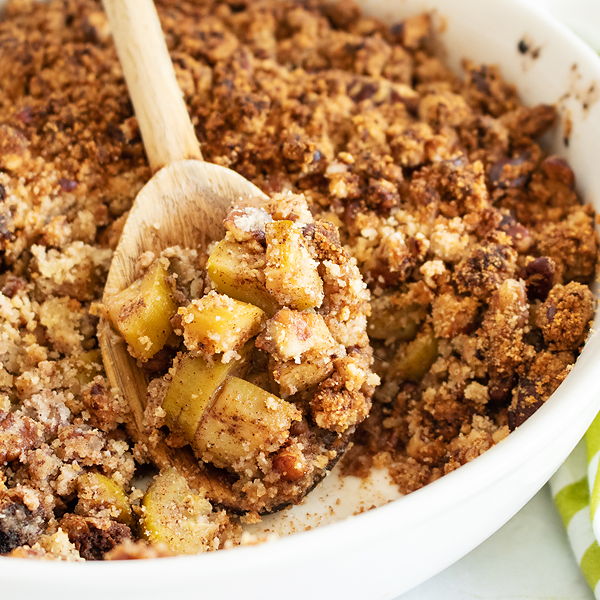 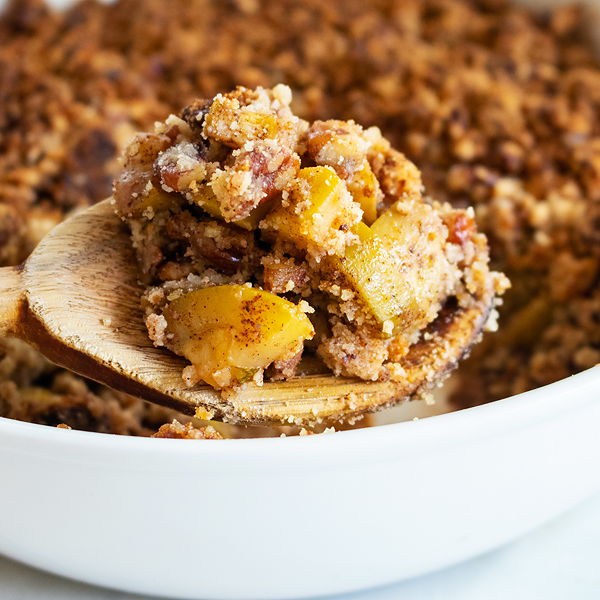 Serve with keto-friendly ice cream or whipped cream if desired. 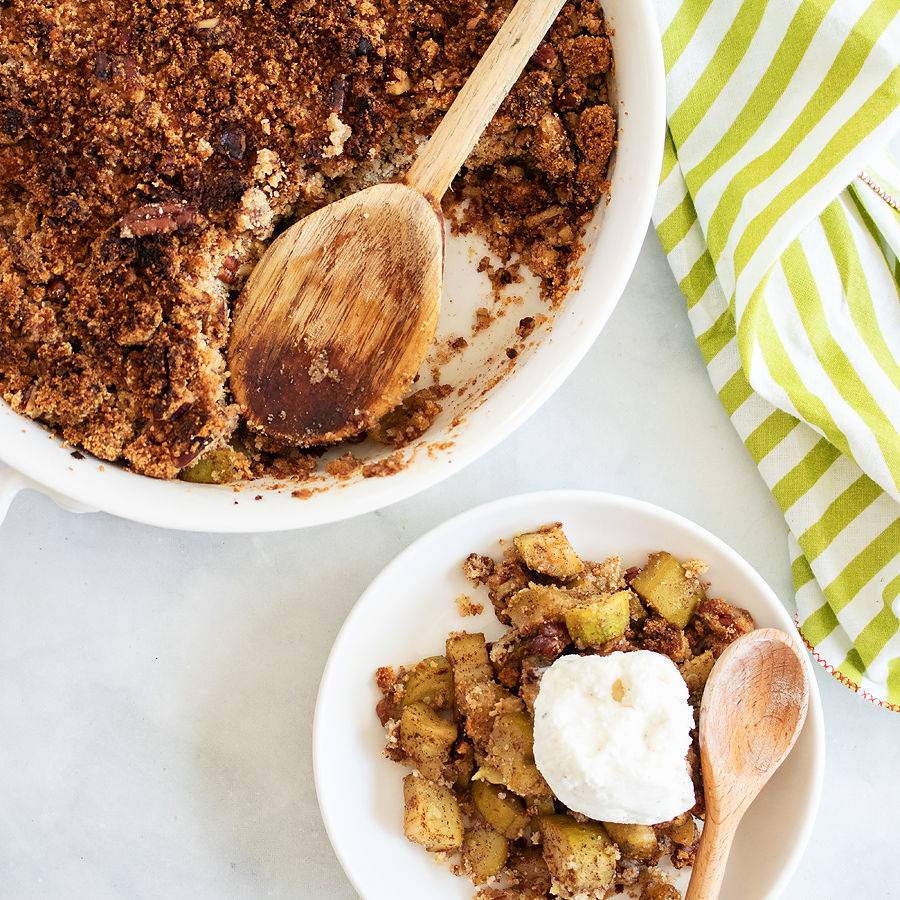 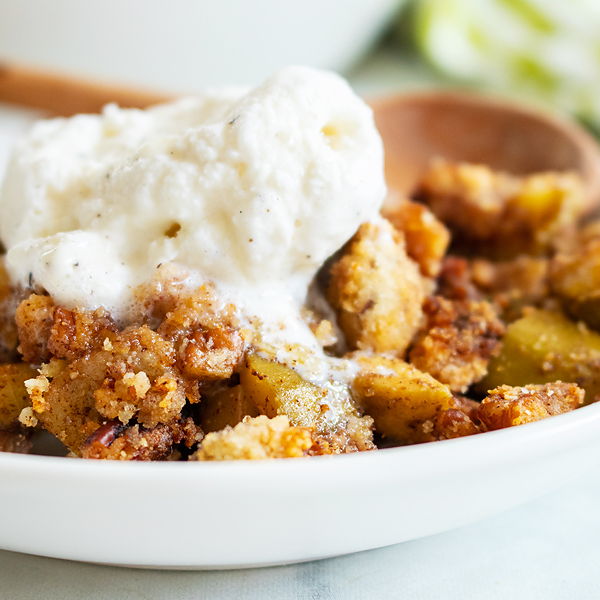 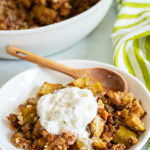 This warming and delicious keto apple crisp is the fall dessert you’re looking for. Skip the oats and sugar and opt for stevia and almond flour.