Potatoes are a staple seen at most dinner tables. You can find them baked, scalloped, roasted or pan-fried; you can enjoy them as hash browns, french fries, tater tots or as a salad.

White potatoes are affordable and one of the most common side dishes listed on menus, but the carbs in potatoes make them non-compliant with keto. Complex carbohydrates and starchy vegetables such as potatoes, white rice, brown rice and even sweet potatoes are not suitable for a low carb diet because of their high glycemic load. Below, you’ll find out why you should avoid potatoes on the keto diet and which foods you can use as a substitute.

Potatoes are a great source of micronutrients. They are abundant in vitamin C, vitamin B6 and potassium[*]. One potato (around 5 ounces) contains about 25 grams of carbohydrates, 3 grams of protein and zero grams of fat.

Unfortunately, they only contain two grams of dietary fiber, so they still contain about 24 grams of net carbs. They also rank higher on the glycemic index than a slice of white bread[*]. A potato will spike your blood sugar levels more than eating bread.

While eating a whole potato is not low carb friendly, there are plenty of low carb alternatives to potatoes that can make you feel satiated and full without the abundant starchy carbs.

Potatoes have always been known as a staple starch. While they’re a popular addition to any plate, there are plenty of alternatives to choose from if you’re looking for a low carb or ketogenic substitute.

Most of these low carb alternatives will fit your macronutrient goals and can be found right in the produce section in your local grocery store. 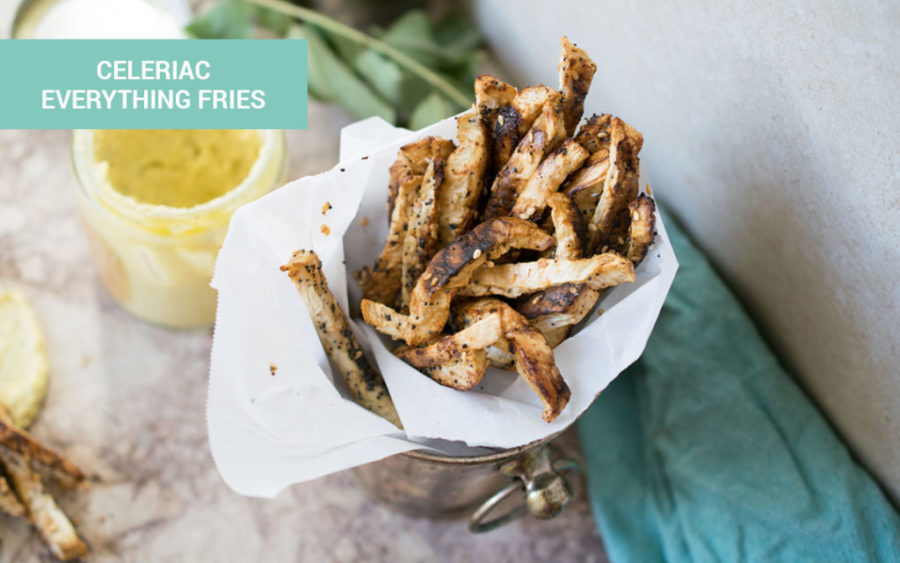 Celeriac is — you guessed it — the root of celery.

Ever walk by the produce section of your local grocery store and notice a spherical brown vegetable with green sprouts coming out of the top and wonder, “what the heck is that thing?” That would be celery root.

While it may not be the best-looking vegetable, it has an amazing history behind it. Celery root dates back to the 7th century BC growing as wild celery. However, it didn’t make its way to modern kitchens until the 1600s.

For a 100 gram serving of celery root you consume just 7 grams of net carbs and 42 total calories. The net carbs in celeriac is higher than the other potato alternatives on this list. However, it remains a favorite starch substitute for its versatility.

Celery root can be boiled and mashed as a mashed potato substitute, roasted and served with a dollop of grass-fed butter, fried into french fries or made into a serving of homemade “potato” chips.

To make celeriac chips, peel the outer skin, cut into slices, boil them quickly, drain, spread the slices onto a baking sheet, add oil with a high smoke point (such as avocado oil), and then roast in the oven at around 450 degrees for 30-35 minutes.

Use it in a recipe: Celeriac Everything Fries 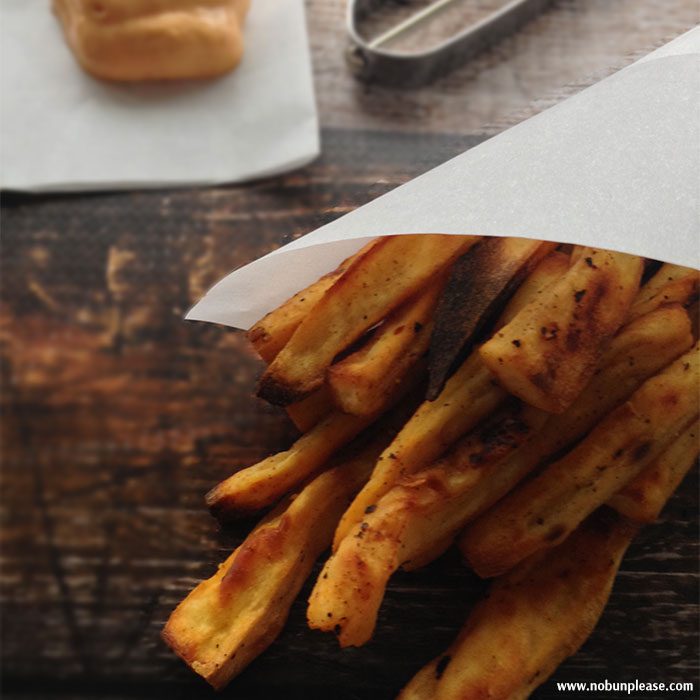 Daikon is a variety of radish popular in southeast Asia. Daikon is most similar to potatoes when steamed, boiled or fried. One daikon radish (about seven inches long) is 61 total calories with 9 grams of net carbs, 2 grams of protein and zero grams of fat[*].

Daikon has some amazing health benefits. It has been shown to help improve digestion and combat cancer cells[*][*]. Daikon is also a good source of vitamins A, C, E and B6. It contains potassium, magnesium, calcium and iron[*].

One of the more popular ways to prepare a daikon radish is to boil it. To boil them, the steps include peeling the daikon, then slice it into thick, circular slices, boil in a large pan for about 30 minutes where the texture should become similar to boiled potatoes, then finish them off by draining them and serving them with butter or oil.

If you have leftovers, you can pan-sear the daikon in grass-fed butter to make low carb breakfast potatoes. You can also use a cheese grater to shred it into hash browns.

Use it in a recipe: Crispy Daikon Fries 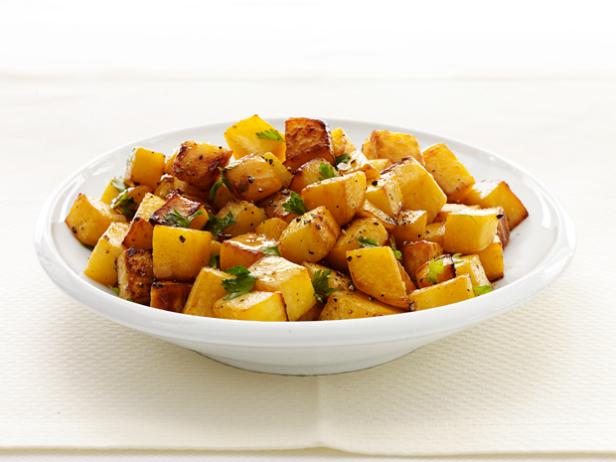 Rutabaga is a root vegetable that is a cross between a cabbage and turnip. While popular in Scandinavia, they can be found throughout different countries of the world.

Rutabaga is a nutritional powerhouse. It is rich in beta-carotene, a pigment found in plant structures that are a precursor of vitamin A. It is also a rich source of potassium, manganese, fiber, thiamin, vitamin B6, calcium, manganese and phosphorus[*].

Rutabaga is perfect for individuals on a low carb or ketogenic diet, containing only 5 grams of net carbs and 35 calories per 100 grams[*].

Rutabagas take longer to cook than regular potatoes. To prepare, you’ll first have to remove the tough, outer skin. Since the skin can be difficult to cut through, you may need to use a knife rather than a potato peeler.

Once the outer skin is removed, you can chop the rutabaga into two-inch squares and boil until fork tender. Do not be surprised if this takes upwards of 25 minutes. Mash the rutabaga into a low carb faux potatoes and top with full-fat sour cream. You can also choose to fry them into fries or simply roast them (recipe below) in the oven.

Use it in a recipe: Roasted Rutabaga 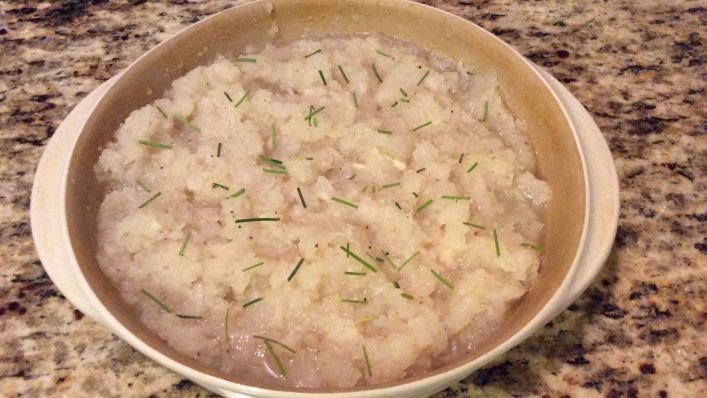 Unlike the other foods found on this list, turnips are not part of the same root vegetable family as potatoes. Instead, they belong to the Brassicaceae family — the same family that holds other cruciferous vegetables, such as broccoli, kale, cabbage and Brussels sprouts.

Like rutabaga, turnips are also extremely low carb friendly. For a 100 gram serving there are only 4 grams net carbs and 128 total calories[*]. Turnips are a great source of antioxidants and fiber, but those aren’t the only benefits they provide. Turnips are loaded with vitamin C, iron, calcium and vitamin K.

You can prepare turnips in a number of different ways including roasting, baking, boiling or steaming.

You can even prepare them like you would mashed potatoes. To do this you simply have to peel and cut them into chunks, put them in a large pan of boiling water, then simmer for 30 minutes or until tender. The last step is to drain and mash them, adding butter for that perfect taste.

Use it in a recipe: Garlic Mashed Turnips 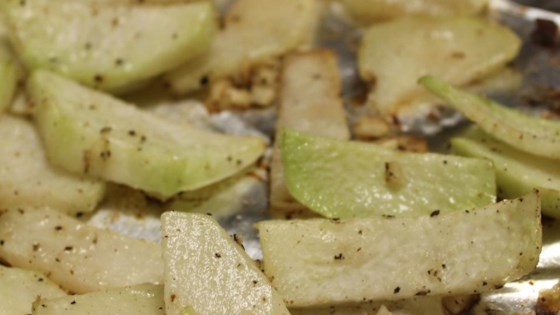 Kohlrabi is most popular in European countries, but has become a vegetable staple in northern India as well. While its popularity continues to grow, the health benefits of kohlrabi remain clear. It’s full of nutrients and minerals such as copper, potassium, manganese, iron and calcium along with being rich in vitamins including vitamin C, B, A and K[*].

Kohlrabi has the smallest amount of carbs of any vegetable on this list. Kohlrabi contains only 2 grams of net carbs for a 100-gram serving and only 27 overall calories. How can you go wrong with macronutrients like that?

While the entire kohlrabi plant is edible, most people choose to discard the leaves and eat only the bulb. You can eat it either raw, roasted, boiled or pan-fried. Simply cut off the stems (you do not need to peel the skin of the bulb) then chop or slice into “fries.”

For broccoli lovers out there, you’ll be happy to know that kohlrabi tastes just like a broccoli stem but even more palatable. You might find it tastes best simply roasted with olive oil, salt and pepper.

Use it in a recipe: Roasted Kohlrabi 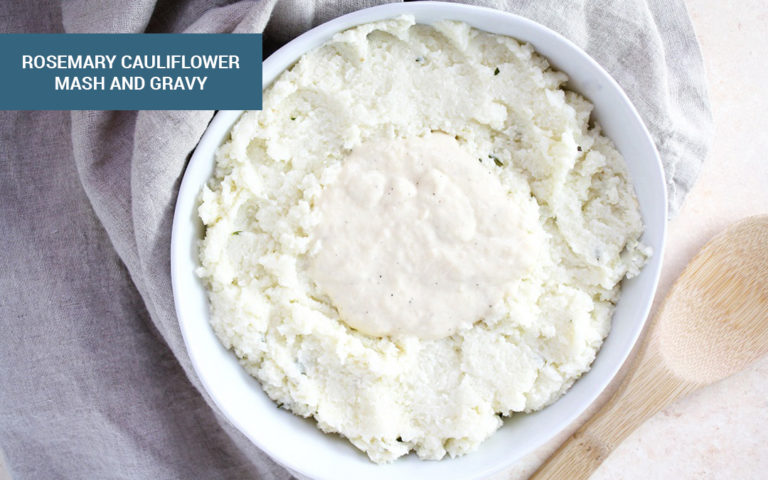 Cauliflower is the most common and most recognizable substitute for potatoes. Cauliflower has been shown to fight inflammation, reduce oxidative stress and prevent cancer growth[*].

Cauliflower is a member of the cruciferous vegetables, which are known for their abundant source of antioxidants. These antioxidants help to reduce oxidative stress — or the stress placed on our cells from damaging free radicals. Particular free radical fighters found in cauliflower are beta-carotene, beta-cryptoxanthin, caffeic acid, cinnamic acid, ferulic acid, quercetin, rutin and kaempferol.

Cauliflower is used in many low carb dishes, from pizza crusts to mac and cheese. As a substitute for potatoes, you will typically find it boiled and mashed. You can also use cauliflower within low carb fritters or latkes.

To make mashed cauliflower, simply chop a head of cauliflower into florets, then boil until tender. Using a food processor or blender, whip your cauliflower into mashed potatoes, adding full-fat milk or sour cream if necessary.

Use it in a recipe: Rosemary Cauliflower Mash and Gravy

Are you hesitant to start a low carb or ketogenic diet because you can’t have potatoes?

No need to worry.

Whether you’re stressed about staying in ketosis or know you’ll have a limited carb intake for the day, these are some perfect low carb substitutes for potatoes so you can feel full and satiated without feeling like you’re depriving yourself of one of your favorite foods.